The Truth About Speed Training 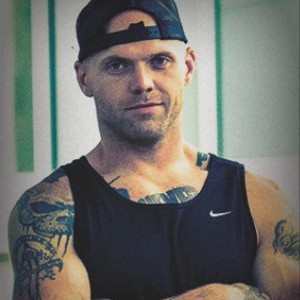 The Truth About Speed Training

This Massive trend called “Speed Training” that has swept the industry of “Strength & Conditioning” and Sports Training in general, is making athletes slower and less athletic than you realize. But why? Largely due to the fact that most strength coaches and most sport coaches lack the understanding of how “speed” is truly created and achieved by an athlete.

Currently the large trend is mechanic development where coaches that have a minimal understanding of both physics and biomechanics work to improve the “efficiency” of an athletes stride and work to change the angles and positions the move in. The other big thing these coaches are doing is focusing on running the athlete more, by way of wind sprinting, gassers, shuttles, sprints, and possibly the worst, long distance running to build the athletes “conditioning”

But there is a few fundamental problems with all of the above:

First of all, the likely-hood that a strength coach or a sport coach that coaches anywhere lower than the division one level in track has had enough experience to change the natural stride and running style of an athlete is absurd. The human brain knows more about what mechanics and power the body is capable of producing better than any coach on the planet, this is due to the sensitivity of the CNS and the athletes nuero-plasticity and adaptation to the hundreds and thousands of motor-inputs it has experienced throughout the athletes competitive life

Aerobic conditioning downgrades the athletes anaerobic output, develops slow twitch muscular response and over-oxidizes the human body, making them get VERY good and doing very little, or essentially teaching the athletes body to produce the least amount of power necessary for the longest time possible to get the job done…

Thirdly and conversely, running your athlete through countless sprints and over-emphasizing plyometric drills is devastation on the CNS, and the joints, ligaments and tendons and in my professional opinion is the number one cause for non-contact injury, weight-loss and fatigue during season.

So how do you truly build speed?

and for that matter, is it even possible to get faster or is it just genetic?

Without a doubt the answer is YES, it is possible to get faster, and NO it’s not JUST genetics;

While it’s true genetics play a role and certain athletes are built with better limb lengths, higher recruitment levels of fiber and more fast-twich (a higher quantity of larger and faster Motor Nuerons and Motor Units) The truth is, Physics is EVERYTHING in Speed Development and Running in general.

Coaches will argue until they are blue in the face that athletes must be run to get faster but it’s simply NOT TRUE.

What is true is that gravity is the same for every athlete, and propelling the body forward is an act of explosive strength and maximal force production applied into the earth to propel the body upwards and forwards away from the ground, quite simply, if a 200lb athlete can only apply 250lbs of for per step he will not create as much forward or upward (or any direction for that matter) velocity; However if another 200lb athlete can produce 350lbs of force per step he will absolutely, mathematically – not only- move his body at a faster rate than the previous athlete but he will cover a larger distance with each step than him as well.

This is the most effective and the ONLY true way to attack speed training for your athlete or team, until they are a HIGHLY accomplished sprinter. To that I might add, working with an elite level track and field coach is phenomenal for running standardized sprints, in controlled environments, but this is NOT how athletes run and perform on field in team sports, in these instances increasing force production and rate of force development STILL reigns supreme for speed training & the development of speed for team sports athletes.

If we take two ferraris, that both weigh 2800 lbs, same body, same tires, exhaust etc. BUT car 1 has 500 Horse Power and care two has 750 Horse Power which car moves faster and accelerates quicker?

Car 2. This is Simple (very simplified) physics – the human body is no different except for the fact that we run in a multi joint machine where the horsepower is generated by the muscle action within the body – YOU MUST BE STRONGER in relation to your body weight to sprint faster.

I can also make another argument, where the athlete that gets too big and bulky and puts on muscle mass but not Absolute Strength or Explosive Strength & does not increase the Rate of Force Development – will be slower…

The heavier the object (in this case the body) the more force that is required to make the object move at a certain velocity – this is why a Lamborghini has half the Horse power of a semi, yet can move three times as fast – the Force production capabilities (horse power) of the Lamborghini compared the weight of the car FAR outweighs that of the semi… So how do we get faster?

You must systematically increase Maximal Force production while Increasing the Rate of Force Development capabilities, in a manner that is proportionally greater the the rate of weight-gain the athlete experiences from the strength training eg. If the athlete gains 10lbs of Lean Skeletal Muscle mass, we would that athlete to increase his force production capabilities by 100lbs or more.

SO – How do we increase Maximal Force Production and Rate of Force Development and effectively accomplish our goal of “speed training”? The Conjugate system…